Introduction to the Markins ball heads

The absolute sharpness of the landscapes and architectural images we admire, has a lot to do with the rock steadiness of the camera while shooting. To obtain it, a sturdy tripod and an unmovable tripod head are a must.

Having a ball head therefore meant to be at least halfway towards the professionals level in terms of camera support, adding to vibration reduction, ease of use in the field and equipment safety.  However, these most ingenious devices came not in comfortable sizes, nor weights and definitively not prices.

So while I upgraded tripods, kept on using various 3-way heads, but dedicated long hours to study the structural, mechanical and operational characteristics of the top ball heads ... and to yearning.

No time and need an answer from our experienced photographers? Just shoot!

It soon became very evident the superiority and ease of use of the top brands. One single partial twist of a knob (or none!) and the camera could be tilted, inclined, in fact rotated. And most made panning a cinch. Locking capacity was comparatively huge, making the camera almost impossible to move after setting.

The questions "Do I really need one?", "Can it really make my images better?" and "Can I justify it?", had different answers depending on the mood and the budget at the time. One good night, very late, after reading John Shaw's "Close ups in Nature" and "Landscape Photography" for the nth time, the answers to the three questions above were simply: "Yes", "Yes" and "I don't have to" respectively. I must have been running a fever since I also remember the thought: "Ok, I have the F4 and the 24mm f/2.8 AF like he does, all I need now is the ball head". Yeah, right!

Anyway, I took upon serious consideration Shaw's recommendation for a Bogen 3038 (Manfrotto 268) and decided against their lever design. These are now discontinued so the market has spoken. But the decision to go into a ball head was made.

After the good experience with Manfrotto tripods (then Bogen in the USA) and John Shaw's admonition "Generally speaking, the larger the ball, the sturdier the head", I kept on looking into their products and bought the knob design Manfrotto 468RC (later updated as a 468MGRC2 Hydrostatic). The then existing 469RC just seemed unnecessarily massive.

Well, my camera was finally rock steady, it never vibrated, slipped or twist, once I had the 200PLARCH-14 (then Bogen 3157NR) "architectural" plates on and the ball head fully locked before shooting.

I have no complaints, only praise for this ball head, even when it made my carbon fiber tripod top-heavy.

So I was in ball head heaven for no less than three years, until I started to buy fast lenses and do serious macro work. "Creeping" (unwanted movement of the ball) was a malady present on all the ball heads I tried. That was also the collective experience of many Nikonians members.

Then, Nikonian BJ Nicholls posted a message to say: "Have you seen the Markins ball head?"  I've seen it and it had caught my attention but couldn't get my hands on one, so I went back for a fourth and fifth closer look.

That was the beginning of the end of the intensity of my love affair with the 3435QR. Deep affection and gratefulness remain. No regrets. But as soon as I saw the Markins, read its specs, made an objective comparative analysis over its metrics and listen to the impressions of its users, I knew what I wanted now.

Interestingly, Markins was the only one publishing its rated torque. With Its revolutionary design, demolishing the rigidity principles of a vise under which most ball heads are built to this date, I just had to have one. 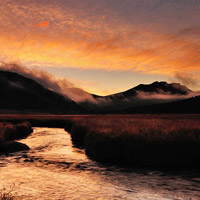 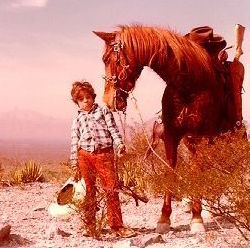 Adventures in the Sierra Madre 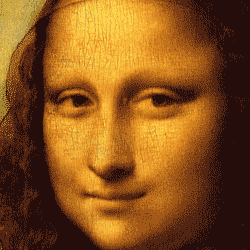 FAQs: What every photographer needs to know
Login to add your comment

Based on this piece and other recommendations I bought a Q-20 a couple years ago, and it does exactly what it is supposed to do. Many ball head reviews place a lot of emphasis on whether the position slightly moves as it is locked down, and complain that the Markins has some movement. But they don't get the point of this head, which is to dial in the "sweet spot" so that one doesn't have to untighten to move and tighten to shoot each time. Instead, dial in the right tension to begin, then a firm pressure moves the rig into position, and you shoot, without any need to touch the tension knob. This is brilliant. I wish more people could understand and experience the fine tension adjustability and sweet spot of this head.

Glad to hear you liked it, Adam

Excellent piece, chuck full of information. After reading this and watching a few Nikonians Youtubes with Mike, the Q10i will certainly serve me as my longest is a 70-200 with a 2.0 CTE ( many things need to go right and well if a 300mm+ is added to my arsenal!). With that said I am torn between spending the additional $50 knowing I'd never have to buy another BH again. Thanks JRP

I know this is more on ball heads, but so far I only have one head for my Manfrotto tripod, that being the Manfrotto 410 Geared Head, which supports 11 lbs. So far, I've found it to work beautifully, and it's steady as a rock, but it 'does' take some time getting use to the knobs on which one does which, but it's coming to me. When setting up the tripod, I have the head pointed in the correct direction, and just make my small adjustments and I'm done. I often wonder if a ball head would be faster, but being retired, I'm not in a huge hurry as of yet, and the only rush has been at sundown, to gather photo's at 'just the right time'. I'm wondering if any of you have used a geared head, and what you thought of the one you had?

Paul, A new Markins ball head was released today. It works like the Q20 when by itself. Howeve it also includes a removable attachment for birding and video, constraining movements to two axis. I tested it last month and it works as requested. We will be posting it at the shops very soon.

(Edited by jrp Saturday, 25 November 2017 ) Thank you, Emory. Most kind of you. The update may be coming soon.

I really enjoyed reading your report/review of ballheads. I recently completed (for now) putting together my carbon fiber tripod outfit. It is all Gitzo with a GT3541XLS tripod and a Gitzo G1377M professional ballhead. I can gladly say it meets most if not all of your guidelines including a dedicate friction knob. A Markins may be in my future because the G1377M is 5 1/2" with RRS panhead. . . but for now I'm happy with my outfit.