Numerous programs such as Adobe’s Photoshop, Elements and Lightroom, Apple’s Aperture and iPhoto, PictureCode’s Photo Ninja, Corel’s AfterShot Pro or PaintShop Pro,  ACDsee and Gimp on Linux to name a few, have the ability to alter image characteristics and appearance. You can freely choose which one to use because they offer similar graphic tools and filters. I have used Adobe Photoshop CS6 and I will refer to its functions in this article, nevertheless you should observe that additional programs have a similar functionality even if the name of the functions may differ. If you are an Adobe Lightroom user you will surely find interesting a previous article from Josh Larkin.

You can find more articles and others in the software section of Nikonians.

The easiest and fastest way to make a B&W photo is to desaturate the image with the Desaturate function or with turning the Saturation level to zero (Image – Adjustment – Hue\Saturation). This method is quick but you will achieve the same look as with the in-camera B&W filter and the image will have the exactly look I would like to avoid. Desaturating an image means to throw the color information away leaving only the brightness information and this is why the image looks so flat.

A really great function, from which you can learn the behavior of colors, is the Channel mixer (Image – Adjustment - Channel mixer). One has to mark the checkbox saying “Monochrome” and then adjust and play around with the moving scrollbars. Unlike the previous destructive method which threw away all color information, Channel mixer works with the primary colors as well, so when you move e.g. the Red scrollbar by + 20%, all reds in the image will be emphasized by 20%. This function follows a rule that the overall tonal range of the image is 100%; this means when you mix the red, green and blue in a ratio of 100% the image should not be over- or underexposed. But you are not limited by the 100% value.  You can freely choose a higher or a lower value with all of the three colors. I call this function great because it gives the user a basic understanding of how a color filter works. By filtering a specific amount of light of a specific color, a black and white image immediately changes its visual characteristics.

A tool specially developed for B&W photography conversion is to be found in Image - Adjustments -  Black & white filter. It has a very similar, but more advanced, functionality with more options available as the previous Channel mixer. Besides the reds, greens and blues you can control the yellows, cyans and magentas by which you get more control over the color nuances. You may find the predefined filter settings immensely helpful as well.

The picture of RGB circles is a good example how to explain the use of a color filter. I will now use the Channel mixer and filter only one color; let's take the red color as an example. I will apply an absolute red filter. That means the red color gets a 100% value and 0% green and blue color. With a full red filter only the reds of an image are visible and only their luminance is taken into account, therefore the additional parts, circles in this case, disappear. If I would filter only the greens (100% green, 0% both red and blue) then what is green in the picture would appear and the rest would not be visible. As you see, it is possible to make endless combinations of filtering colors, playing with percentage values and different variations. A general rule of thumb says that a color filter will lighten colors similar to its own and darken those opposite. To lighten an object, one has to choose a filter of the same color as the object.

Black and white filtering with the Channel mixer. In the first picture all colors are given 33% strength and all circles are visible. The brightness increases within their intersection. In the second picture only red color has 100% and both green and blue have none, therefore only red is visible. Click on images for larger view.

“Why would you do that?” you may ask. Remember, your image is not originally black and white until it is actually processed by the graphic program.  A colored filter will alter colors as seen by the camera and change the representation of captured colors. A wise usage of a filter will grant your image a pleasant look and a truer rendition of the grey tones. 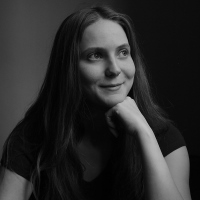 The Window Light: Use natural light to shoot appealing portraits 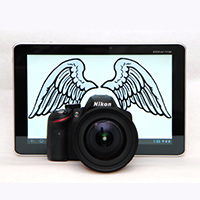 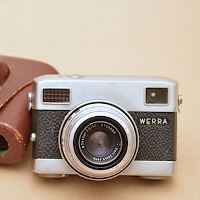 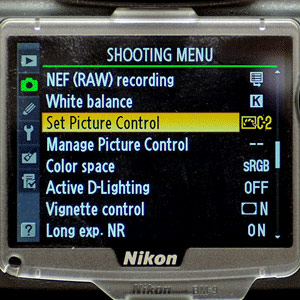 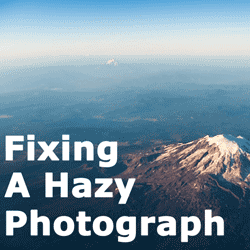 How to Fix a Hazy Photograph in Under 10 Minutes

Perspective from two lenses: 35mm and 85mm
Login to add your comment

Thank you for this article. B/W with my DSLR is an interest with me.

I enjoyed your article. Great information. I look forward to experimenting with my Aperture software. Thanks

A good remark, Richard, thank you.

All good stuff. I think the main thing to remember for correct B&W prints is to have a pure white and a pure black. If not, the image will probably be a bit dull with no life to it. Look at Adam's images and you will always see a pure white and pure black somewhere in them

This article allowed me to dramatically improve my LR4 black and white imaging by enhancing and modifying various color channels before selecting the basic black and white treatment setting. Thanks for the guidance.

Excellent article. I now produce an equal amount of work in both colour and B&W and also belong to two active specialist B&W groups. I still refer to Ansel Adams zoning to achieve good results with my Bronica. Regarding post processing digital images and as already mentioned, I would highly recommend Topaz B&W effects which I now use in preference to Nik Silver Efex pro. Richard

There 2 Swoftwars in market- Topaz's BW Effects and On One . Both gives lots of option in color filters . On One will give you different film range,Namely Kodak,Ilford,Fuji etc. these filter will simulate grain stucture and full range of gray sheds for rendering personal taste.

Thank You, Tandy, good to know. Anselm Adams´ images are astonishing, it is always an inspiration.

Hi Kurt. If the single click option (I don´t know which function do you mean, is it the desaturation?) makes a good looking B&W image, then it is ok. There are more B&W filter options in Lightroom to create an appealing image, Josh Larkin wrote a good article about Lightroom and B&W photography some time ago http://www.nikonians.org/reviews?alias=lightroom-black-and-white It is about the personal preference, as you pointed out. And when an easy function helps to create a fine image, we should make use of it :)

Great article! It was the use of an #10 Red Filter that made Ansel Adams famous.

This was an interesting article but would have been better with a fuller description of the process. In light room there is a single click option to change a color to black and white but is there more you would recommend or is it personal taste beyond that? Thanks for the article. 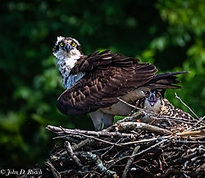