The mechanical performance of the Tamron 90mm Macro is very good.
On my F80 and D100, the autofocus is fairly quiet, and (for a macro lens) reasonably brisk.

It is certainly much faster than the Tamron 180mm macro, and is further assisted by the focus limiting switch. Engaging the switch will restrict the focus action between the closest distance of 0.29 metres to 0.4m approximately, or from 0.4m to infinity.

Except in very poor light, the lens finds focus quickly and accurately, and “hunting” is a rare occurrence.

) which immediately means I can use it on my FM2n as well as my more modern Nikons. The aperture ring has an automatic lock at the f/22 position, which is released by a tiny button built into the ring itself. It has full stop detents. Half stop settings are possible, but there are no half stop detents. 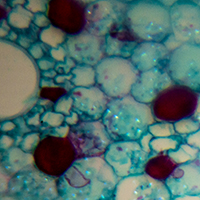 Does anyone have any experience using the non Di version on a Nikon D7000 or D750. Are the results positive or would you have to move up to the Di version?

Very nice-So much to learn!