3 Media Pro in use

You can get a 30 day free trial of Media Pro, but I would suggest you avoid this unless you're actually in a position to buy it: once you try it, you'll want it, even if you never thought you needed it. If you do go for it, this is what I suggest you do.

First off, watch the videos on Phase One's website about setting the preferences, as the recommended settings are not the defaults. More on that in a moment. On the import settings, turn off everything but images (you don't want to index all your html and text files). Set the preview size to Medium 640 px, and tell iView not to use the embedded image preview.

Second, make sure you have about a gigabyte of space on the drive where you are going to save the catalogue file. Then set iView to index all of the hard drives you have, even if you don't normally keep images on them. Let it run overnight if you have a lot of files. When it's done, save it!

You should now have virtually instant access to every image file on your drives. If you're anything like me, you'll see that 80% of your images are where you expected them to be, but you probably also have quite a legacy of temporary copies, as well as maybe some images that got lost and you could never relocate.

You are now ready for the serious business of cataloging. Begin by letting Media Pro make Capture Sets, which is when it connects together bursts of images. This doesn't take very long. Then set the display to the smallest possible thumbnail so that you can see the maximum number of images. Quickly scroll through all the images to see what you have. Then go back to the beginning and start tagging with place, person, event and your own hierarchical keywords. You'll notice that any previous tagging you'd done in Lightroom or similar will have been brought over into Media Pro. You can tag vast swathes of images by simply dragging them onto a keyword, place, person or event you have previously set.

How long this takes depends a bit on how complex you want to make your keywords, and how diverse your images are. As a guide, tagging 70,000 images took me about half a day. If this sounds like a long time, I estimate the same process would have taken about a four times as long in Lightroom, simply because Media Pro has no lag when you move from image to image, something which just can't be said for Lightroom.

Does this sound like a lot of work? It's not until you get all of your images under control that you realise just how valuable your photographic assets are.

4 Compared to Lightroom, Aperture and the others

Aperture and Lightroom both do media cataloging, and they do a lot more besides. So why take Media Pro when Aperture is there at the same price, and Lightroom for not much more? If you have less than about 5,000 pictures, or you've organised your images so that you never, ever need to see a catalogue of more than that number, then you are probably better off sticking with whatever you are using now. Both Lightroom and Aperture do a good job of cataloging, and you're unlikely to be worried by their relative slowness. If you've got upwards of 10,000 images, you'll find that both of these tools are quite sluggish in moving round the entire database. If you've got more than 20,000, then you are going to be waiting an appreciable length of time while they catch up with you. Not so Media Pro: no matter how many images you have, it runs at pretty much the same blinding speed, once the images are actually loaded, which is a  one-off task.

What Media Pro doesn't do, of course, is all of the raw development and image manipulation that Aperture and Lightroom do. Well, that's not quite true. Media Pro has Capture One's imaging engine, so it will convert Raw files very happily. It also contains some fairly rudimentary editing tools which are a legacy from previous versions. Expect these to either disappear in future versions, or be substantially enhanced. But if you have the numbers of images that make Media Pro a good investment, then you will be wanting something a lot more sophisticated.

The natural partner is Capture One, Phase One's premiere raw development software. The integration between Capture One and Media Pro is quite good at the moment, but expect this to improve in later versions. Equally, you can use Photoshop, DxO or your other imaging software, and Media Pro will happily pass files across to it.

5 Integration with Capture One

If you've used Capture One, you're probably well aware of it's responsiveness and power in image development, but all too aware of its fairly limited file management interface. Phase One have made a wise purchase in adding Media Pro to their stable, and they've taken some initial steps to make the two applications work together. This is fairly transparent once you've changed to preferences in both applications so that they exchange information through xml side-car files. The iView / Expressions interface has also been given a brief overhaul, so that it feels a lot more like Capture One. Dig a little deeper, though, and the integration is nowhere near 100%. You can't customise Media Pro to anything like the extent you can Capture One, for example, and many of the hot keys are annoyingly different. There are also legacy features, especially the image editing features, which really shouldn't be there, as they simply aren't in the same premium category as other Phase One products. Expect that to improve in later versions.

If you're a Microsoft Expressions or iView Media Pro user, then you get a very, very good discount on Media Pro. The upgrade price reflects the fact that there are relatively few new features, except for supporting raw files on the latest cameras. If you're not upgrading, then the price of $199 may seem like a lot when you can get Lightroom 3 for less, and it does so much more. The difference — which I've hopefully made clear in this review — is that Media Pro does its core function of databasing, cataloging and previewing images virtually instantaneously, whereas Lightroom is a bit sluggish when you have a couple of thousand images, and gets progressively slower once you go above 10,000. Lightroom does so many things that, for most photographers, it can be the only application you need. It even does them quite well. But it never does them quickly.

If you're a professional or semi-pro photographer then time is money and money spent on Media Pro will quickly reimburse itself. If you're an advanced amateur or you're an art photographer, then what you need depends a bit more on why you shoot. If you shoot a lot, though, Media Pro is a good investment. If you're a beginner photographer, or you never see yourself going beyond the hobby level, then Lightroom is a much better bet. It does all you want, including the all important uploading to Facebook, and the price is reasonable.

Media Pro isn't perfect, any more than Capture One is. Both have a tendency to quit unexpectedly a bit more frequently than you'd expect on a modern application. The interface of Media Pro reflects the legacy of iView and Microsoft, and it doesn't yet have quite the smooth sophistication of Capture One. All that is largely irrelevant, though, when you consider that it opens up instant access to every image you ever shot, provided that it's on a disk you own somewhere. For that, Media Pro can't be beaten, and everything else about it or its competitors fade into insignificance.

8 Other features not mentioned

The following all work (I've tried them) but they're not unique to Media Pro:

* Mosaic, which shipped with the Nikon D100, was faster, but the company that makes it doesn't sell it 'off the shelf' any more. 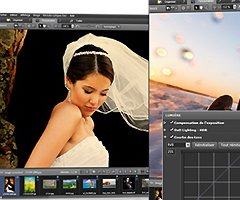 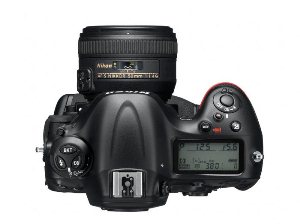 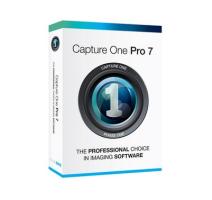 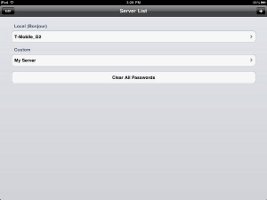 I too have had problems with EM2 crashing and have now upgraded to MediaPro having waited some time for it to be debugged. So far, so much better. However, via my diagnostics, I am fairly sure the crashes are/were more to do with conflicts with the hardware, the operating system and issues with other programmes. It is a general issue that afflicts more and more of us with such a proliferation of upgrades and changes. Don't put it down to this elegant software.

I have had this for six months used on my mac but can not go over a hour before it crashes every time I use it . Very unhappy with this product have given up using it.

I have been using this since '05 and was about to jump when the Phase One folks got involved. The last release solved many issues running on my Macs, crashes are significantly reduced. Your right about having all your images at your fingertips being the real payoff. Martin, nice job on the review.

"One drop om coffee" is my personal favorite and I am so happy that you like the picture! Thank you

Based on this piece and other recommendations I bought a Q-20 a couple years ago, and it does exactly what it is supposed to do. Many ball head ...

Thank you so much for selecting my ”little drop”. I am honored, very glad and motivated!