Get personal with your photography

Well, I'm at a point where I've been in all three of these camps, as most pros are. We all started out as newbs, then became hobbyists, shooting more and more regularly until we really started making beautiful photographs, until finally we decided to take the plunge and make a go if it. All along the way, though, there's been one thing I've circled back to that's helped me grow as a photographer and helped to keep my spirits up when I felt down about the craft: the personal project.

Let's start at the beginning, for those just starting their journey. When I first picked up a camera I shot everything and shot all the time. A lot of this was experimentation, attempts to learn a technique or understand a camera setting better. The result was thousands of photographs, some good, some bad. Somewhere along the line, though, that approach left me spending a lot of time wondering what else to shoot. At some point, you'll hit a wall with this and just shooting anything and everything will get pretty boring. Enter the personal project.

Defining a project in your mind before even picking up the camera will help you focus on what to shoot. Further definition of your project will help you identify what it is you're trying to say with each photograph you take for the project. And lastly, when you understand where you want to end up with a project, you can plot out a course that will help you get there. So those are pretty good reasons for new photographers to take up a personal project, but what about for hobbyists?

Well, when I became more serious about photography but was still holding down a full-time job as a web developer, raising a daughter and trying to slowly work through rebuilding an old farm house, finding time to make photographs was a challenge. When I did have the time, I wound up doing the same thing I did when learning, I just shot random pictures. I returned time and again to personal projects to help give me direction and to set out a course for improving my photography further. I'd spend time during work hours, or while working on a house project, just thinking about topics that interested me. I'd finally hit on something that really got me jazzed, and I'd begin to think through the process of making this into a project. Some ideas I found online, others I just came up with. What it did was provide a framework to stay within when I had the time to shoot.

Now, as a full-time photographer, you'd think I wouldn't need to pursue personal projects any longer. However, as any number of pros will tell you, often times the work we're being paid to shoot isn't always what we'd love to be shooting. I shoot weddings, events and portraits, but live in a market where there's not always a lot of work. Those jobs are great, because I love making photographs of people. But this type of work doesn't always allow me to explore the other areas of photography that I enjoy or give me the creative freedom to try new things. And there's also down time in between the paid gigs. Again, enter the personal project.

What's the process
As I mentioned, this starts with thinking about what you'd like to shoot or finding an idea online. Easy enough. But wait, don't stop there. It's not really enough to say to yourself I want to shoot landscapes or I want to make photographs of people. To truly benefit from the personal project, you need to spend some time defining the concept and scope of the work.

For example, let's say you decide to tackle a pretty common project: the self portrait over time. What is it you're wanting to capture? The physical changes in yourself? Your varying emotional state? Symbolic representations of yourself? Those are three very different sets of photographs and would require much different approaches to making them. If you're wanting to document the physical changes in yourself, a day to day series probably won't get you there. However, maybe a shot taken on the first day of every month over the course of the year would. Emotional states, well, that could be approached as a photo a day over the course of a month.

Maybe you're wanting to hone your eye. Great, choose a general subject, such as circles, or shadows, or reflections, and commit to looking for and shooting only that subject for a month. This doesn't mean you'll have to pass up that amazing shot because your subject isn't in the frame, because as you get more familiar with your chosen subject, you'll recognize that you can probably work it into any shot you want to take, and in doing so, you'll be actively thinking about composition.

Another technique I've used successfully is to piggy-back projects. As I've written about recently, I'm a big fan of spending significant amounts of time shooting with a single lens, in my case, a Nikkor 50mm/1.8D. This is a great project for improving your eye and getting a better handle on what a lens has to offer. But how about making it a bit more challenging?

How about deciding to spend one month taking a photo a day of reflections using only this lens, and each photograph has to tell something about that month. Now your project becomes "50 Reflections on October." You've got a subject -- reflections -- a concept -- symbolic of the month -- you've got scope - one month, one a day -- and you've got some boundaries to work within -- only reflections shot with a 50mm lens.

I've also found it helpful to double or triple up on projects when time permits. At any given moment I usually have a few different projects floating around in my head and in the works. This allows me some flexibility on any given day but still gives me some focus to know what I'm looking for or what to shoot. Currently, I'm actively working on a project involving life on my street, a series of self portraits, and a series on lighting concepts. Those are the broad topics, but I've spent time working through what I'm trying to achieve with each project, and I work on them as I have the time and when the situation is suitable to work on each.

1. The 365 Project - This is a pretty common project, and it's also an ambitious one. A picture a day for the entire year. To be honest, I've never attempted this as a project, but I can say I generally do shoot every day. If I were to take this on, I think I would definitely put some parameters in place so that I didn't wind up with 365 random images that have little cohesive qualities aside from being shot one after another for a year.

2. The Self Portrait - I talked a bit about this up above and I think it's a fantastic project for anyone to undertake so long as you have plan for where you want to go with it. This is also a good project to tackle along with some other techniques, like learning off camera flash or posing techniques. If you attempt this one, you'll need a tripod and either a remote release or the timer -- trust me, shots of yourself holding the camera at arms length or shooting into a mirror will get pretty boring pretty fast!

3. Alphabet Soup - My parents tortured my brother and me by taking long car trips in the summer months. We played alphabet to amuse ourselves - basically we'd spot letters on road signs and license plates to see who could get through the alphabet first. Sounds easy, but there aren't a lot of signs for pizza shops or zebras on U.S. interstates, but I digress. Take this concept to your camera though, and hunt down either the letters themselves or objects whose names begin with the letter. A photographic journey through the alphabet, what could be more enjoyable!

4. Day in the Life - Find a subject who'll let you follow them around for a day and document their travels. Or, document your own day. Twist it up and do it all in macro - seriously who wouldn't want to see close ups from the laundromat, the farmer's market where you bought veg for dinner, the coffee shop, your staff meeting, and of course, your dinner!

5. Subject for a Month - This is a great one for honing your eye. Again, I mentioned this above, but the gist of it is to pick something - circles, shadows, reflections, the color red, and spend a month snapping away at your chosen topic. After a few days, you'll start finding you're subject in the not-so-obvious places, and the pictures will be great.

So there's five ideas to get you started. Maybe they'll work for you, or maybe you'll decide to pursue something else. Either way, if you decide to pursue a personal project, the payoffs will come. Happy shooting, and let us know if you start something up in the comments!

Get To Know Your Gear 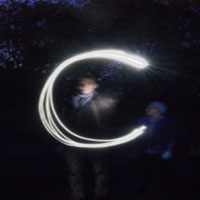 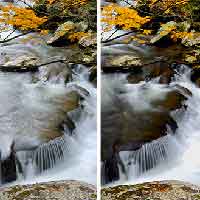 Do I Really Need a Polarizer Filter?
Login to add your comment

Extremely helpful for us newbs/hobbyists !! I like the ideas and concepts. I actually just placed an order for the "Vision Quest Cards". Jeff

Very well done, thanks for all the great insight!

Hi Josh, I like your ideas. I like the 'Day In Life' the most. What I would maybe do is combine 'Day In Life' with 'Self Portrait'. I would do that as Irealized I have really only few pictures of me. We took a look at some old fotos over the past 7 years. I noticed there are hundreds (in fact thousand) of nice fotos but I may say maybe in less than 30 I found myself in middle of the family or alone :-D My daughter noticed and she wonder where I was over those years. So, I was behind the lense ;-)