The most advanced flash mode on the Nikon flash is TTL-BL. Originally, the BL meant BackLit, but Nikon marketing gurus changed it to mean BaLanced Fill. (Why didn't they change the initials to TTL-BF?). The word BackLit suggests the situation for which this mode is most useful. I have discussed in the previous article that in the TTL mode the Camera Metering System is entirely separate from the Flash Metering System, and that they work independently. Well, in TTL-BL, the same two metering systems do communicate with each other.

First, let's discuss what Fill Flash is and when it is needed.

Fill Flash is needed any time the background (also called ambient) is brighter than the subject and this often occurs outdoors on a bright day. In this situation, if you look closely at the subject's face, you will see shadows in the eye sockets, under the nose, and under the chin. When you shoot this type of shot, it will look much much better if the flash is used to 'fill' the shadows. Another situation would be if the background behind the subject was the bright sky. Again, flash should be used to 'fill' the subjects face and make it balance with the bright sky. One more situation would be when indoors during the daytime, and you want to shoot the subject in front of a window with a beautiful brightly lit scene behind (like the picture above). Again, the flash should be used to brighten the subject's face to balance with the bright scene behind.

These are the situations where Nikon's TTL-BL mode works best.

In the above example image of the Wedding Couple, the subjects are in front of a window and I wanted the outside to be exposed properly by bright ambient light, while I needed lots of fill to bring their faces up to be slightly less bright than the outdoors. I put my DSLR in Manual mode, ISO 200, and used the built-in light meter to set f/3.5, 1/160th, and TTL-BL with -1.7 EV worked great in this situation to just bring up their faces to what seems a natural brightness.

Here are the steps that the camera and flash do for you as you press the shutter:

Given: Flash in TTL-BL, Camera in P mode, Matrix Metering, and AF-S focusing.

1. As the shutter is half-pressed, the focus system becomes active, the focus is achieved, and the overall scene is metered by the camera.

5. The shutter opens, the flash fires at the power level determined above, and the shutter closes.
Now, for this all to work well, a couple of key things must be considered. First, the subject (obviously) can only be brightened by the flash. There have been several advancements to TTL-BL since I originally wrote this, and now TTL-BL handles the situation fairly well when the subject starts out brighter than the background in low ambient. However, it is still best not to use TTL-BL if the subject is already brighter than the overall scene. Regular TTL usually works better.

Second, flash pictures usually look really odd when the subject is just as bright as the background. The subject seems to jump off the page unnaturally and it is obvious you used flash. Fill flash is supposed to be subtle, and when looking at the print it is usually best that you cannot even tell that flash is used at all. Consequently, it is often best to turn down the flash compensation by -0.3 EV to -0.7 EV, so the fill is just enough to lift the darkest shadows on the face without looking obvious.

If you are using camera Manual mode, the flash system is not even told what f/stop or shutter you have selected. It assumes that you have zeroed the light meter in the camera and sets the flash power accordingly. It only receives the metering data from the camera metering system and uses that as the 'background' brightness. This is why it is often best to use camera P or S modes when shooting fill flash. They automatically zero the light meter in the camera using the aperture which avoids the overexposure that often occurs when using A mode.

Of course the flash also knows the f/ stop and ISO from the camera settings which are sent through the hot shoe. 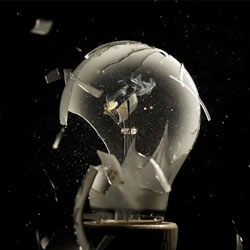 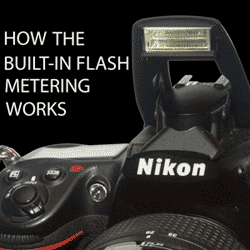 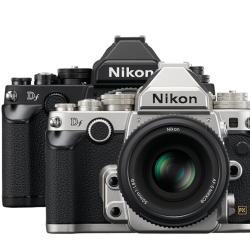 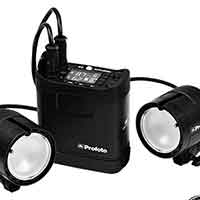 P.S Does the same calculations/effect happen when the flash is used off-camera? I don't know if this is actually the right place to set this question? i apologise if i am wrong.

Great article Russ. I'm sure that it has been very useful to many of us. At least it has been for me. I knew that in some situations, fill flash is a very important tool. This article has clearly wiped away any misuse and doubts. Congratulations to all Nikonians for their contributions.

Very nice overview Russ, I am going to have to try this out using my flash (which I rarely use). It will be nice to get better photos

I agree with with Elio, please consider turning articles into printable ready for references! Thanks for the info.

Comment on item 5: If the subject is already brighter than the background and you still want to use flash because overall the light level is low, then it is best to switch to spot metering. This will properly expose the subject. Matrix metering does not work in this situation and the subject will be underexposed.

This is a great read. I struggle with this on a regular basis. Your characterization of the image "jumping off the page" when the lighting is too significant in the foreground is spot on. Great article. Thanks very much for the insights.

It's probably worth mentioning that TTL-BL, on D70s and D7000 at least, doesn't work with spot metering. Caught me out recently as I had forgotten. My SB-600 manual suggests that some of the higher end cameras can do TTL-BL with spot metering, but the Nilkon manuals are not great when it comes to explaining CLS.

Great information Russ and thanks. Although I almost always use flash in manual I'm going to experiment with the P and S modes. Great series of articles.

Russ, why was Manual mode used in the window image rather than P or S mode on the camera? JEM1

Excellent explanation on what appears to many to be a mystery. I am in total agreement with Stan, even experienced photographers have refused to use flash because of the ugly lighting imparted to their subjects when indeed it is operator's error. TTL-BL has made life easier for those of us who use fill in flash often. William Rodriguez Miami, Florida.

Hi Russ, Great article and has cleared a lot of mysteries for me with respect to issues I get with fill-flash. I don't suppose you're going to turn these articles into printable ready reckoners anytime soon? These are great "how to" summaries, which I know I would reference regularly. Cheers

Great overview Russ, of one of the most advanced features of Nikon cameras, and should be required reading for anyone new to Nikon or thinks that the "flash look" is normal. Many new and experienced users of Nikon equipment comment they do not want flash because of the "flash look", without realizing that overexposed face look is not the camera or flash fault, but simply misuse. One good demonstration usually allows them to appreciate what they have been missing.

dave lakatos (davelakatos) on December 5, 2021 in What is White Balance

Martin, love the article. Very informative. I'm a fan of the old original Land Rovers. A friend on FB just found one over here. It's just a neat old ...