So how did it perform in the field? The first trip that I used the new head on, was our Namibia workshop. Dusty, dry air, and lots of sand. In a desert environment you'll notice pretty soon if you're working with professional quality equipment - if not, it will just stop working. The Q20 worked just as I expected. As a matter of fact, I often didn't even know which head I was shooting with, my trusty M20 or the new Q20. On numerous occasions I crawled through tiny windows in a deserted diamond mining town in the Namib desert, dragging the tripod and the Q20 through the sand. No problems there. As with my Gitzo tripod, I never bothered to clean the head, as it didn't seem necessary. It's just great to use gear that you can totally rely on. However, there was this one cold morning that the head started to 'stick'. It would move smoothly when moving the clamp in large and fast movements, but it would stick when trying to make small adjustments. This was really annoying, because it slowed me down when the light was good and I missed a couple of shots fiddling around with the friction control, trying to get things back to normal again. When I got back home, I realized I hadn't bothered to read the small leaflet that came with the Q20, which said that I should add some WD-40 to the ball to prevent this from happening. After I had done that, the problem disappeared.

The second big test case was Antarctica. And below freezing temperatures, sea water and snow were just the right circumstances for it. On most of the landings, my camera gear was all packed in my Kiboko camerabag, except for the tripod and Q20. We used zodiacs to transport us from the ship to the shore, and the Gitzo/Markins combo got baptized by the ocean on more than one occasion - the sea can be pretty choppy at times. The M20 could handle salt water pretty well, so I figured the Q20 should be able to deal with it as well. And it did. I have never bothered to get the salt water from my Gitzo and M20, and I haven't with the Q20 either. It just kept on working after each landing, even during the odd snow storm. The Q20 passed the test.

In terms of rigidity and stability, I didn't notice any differences either. I had brought my 200-400/4 to Antarctica, and with the D3s attached, this is not a light combination. However, with the Q20, setting the right amount of friction takes just a few seconds and it works like a charm. The only thing that's important when working like this, is to tighten the tripod collar on the lens or you won't be able to smoothly move the camera/lens combo. And it's critical to set the right amount of friction, or your combo will flip over and topple the whole tripod. I have used my 600/4 on several occasions with the M20, with and without a Wimberley Sidekick, and I am certain that it will work just as well with the Q20. It might not be ideal, but it works. If space or weight is an issue, it's nice to know you leave some excess metal at home.

What else is there to say about the Q20? Well, in my review on the M10 I wrote that I would like the panning knob to not only have a friction mechanism, but also a locking one. When you attach the head to your tripod a bit too enthusiastically, it can sometimes be very difficult to get it off again, especially in cold weather. You need to tighten the panning knob really hard to be able to unscrew the head from the tripod base, but what often happens is that even a tightened panning knob doesn't provide enough friction and the entire head just slips on the base of the ballhead. The only way to remove the head from the tripod in those cases is to loosen the screw underneath the base of the tripod with the proper tool. And if you like to pan without loosening the panning knob, you can also experience the exact opposite: you can't tighten the head to the tripod base more than the friction of the panning knob allows you. This means that the head maybe turn loose as you're trying to pan without loosening the panning knob. In all these years, this problem is still not solved, even though the panning knob on the Q20 is slightly larger.

It shouldn't be too difficult or expensive to redesign the panning knob so that it can completely lock the base and prevent it from slipping, by either pushing it in or pulling it out for instance. But apparently it is, because to my knowledge other heads don't offer this either and have the same issues.

Other than that, not much, really. O, one thing though. My Gitzo tripod got blown over a couple of times on a hike on South Georgia. There were very strong winds, and the lightweight carbon fibre tripod was no match when the camera was not mounted on it. The Q20 got smashed against the rocks several times, and even though it can take a beating, I do seem to have lost the little plastic cover on the main knob. It's not a big thing because it only has a cosmetic purpose, and I should have paid more attention. It does explain why in the images above the plastic cover is missing from the main knob.

My final conclusion: this is one hell of a ballhead. If you're using a Markins ballhead already, this won't come as a surprise. If you're not, then you should seriously consider at least trying one. They're incredibly compact, light, smooth and rigid, and extremely reliable. There are many ballheads around to choose from, but few of them get as close to perfection as the Q20. 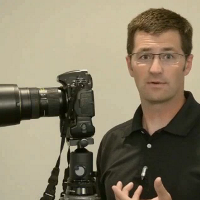