"Too bad it's such a bad day for taking pictures."  I'd just gotten my tripod set up and the camera locked in when she rode by on her bicycle. "Well, I suppose that depends on what you're taking pictures of," I replied. But, she was gone, pedaling away down the winding backroad.

You see, I live in Vermont, in the northeastern United States. And come late September/early October every year, the leaves turn colors and the hills are ablaze in vibrant oranges, yellows and reds. Leaf peepers descend on my home state, as well as photographers. Lots of photographers.

This year, though the colors have been phenomenal, the weather hasn't been cooperative. In fact, it's been overcast and rainy straight through the first week of what Vermonters call "peak," the point at which the colors are most vibrant. And just like that, many photographs of blue skies, billowy clouds, fire orange hills and classic New England villages won't be created.

That's what she meant by "bad day."

Then again, as a photographer, I try to not see any day as a bad day for making photographs. Rather, I look at the weather and choose an approach that will work. Clear blue morning skies -- hike up and get the pano. Overcast and rainy -- well, that's a different story.

Heading out I knew the shots I'd be going for were going to be framed tight. I figured I'd do my best to eliminate the sky from most of my shooting, unless I got lucky and the cloud cover proved interesting.

The lead photo for this post I spotted while driving along County Road in Calais. Looking out the car window I was struck by the vertical lines of the tree trunks and because the road is slightly elevated from the forest floor, which gave me the feeling of being in the canopy. Incidentally, it was while setting up for this shot that the bicyclist rode past. As I said, it depends on what you're taking pictures of...

Along the same lines, I knew that I could get some "classic" shots of dirt roads framed with autumn colors if I spent enough time hunting for the right spot. So what would make the right spot? Again, very little sky -- with all of the shade from the trees and the sky being white, the contrast is too high to avoid majorly blown out highlights. In Woodbury I found something I was happy with.


It's in the details


There are a couple of things I really like about this photograph. First off, it's unusual. That is a barn entrance running over the public road, which you really don't see everyday. Second, it is a classic Vermont foliage scene -- dirt road, barn, autumn colors.

It's in the details


A second approach I decided to take was to really focus on the details. With all the rain I knew that getting down in the rivers would yield some good results since everything would be glistening. I also knew that to do this right would require a very slow shutter speed, so I tossed my 2-stop neutral density filter in the bag and took a hike down to the Kingsbury Branch to get the above shot.

I found this leaf clinging to a rock a few feet out in river and thought it was a great symbol of fall, and exactly the type of detail shot I wanted to get. I set up my D7000 with my Tamron 70-200mm 2.8 lens on my tripod, at its lowest positioning with the center column in horizontal orientation. This put the camera about eight inches above the water -- yep, I got a bit wet making this one! It was very dark down by the water, so the ND4 filter worked just fine for slowing down the rushing water to provide that silky look.

The following day I decided I'd have a go at some similar shots of water and foliage. After hunting around, I found a small dam with a tree growing on it, also in Calais, though I don't know the name of the brook.

It's in the details


After climbing down the bank and monkeying around to get the tripod to stay level on a 45 degree incline, I was able to make this photograph. It's not my favorite of the bunch, but I find value in it because it's another photograph I was able to make by approaching foliage shooting in a different way. Could it be better? Probably. And maybe in the future I'll revisit this spot and attempt it, but for an exercise in not letting the weather dictate whether I'll shoot, it's a success.

Oh, and by the way, mother nature didn't decide to spoil all of the fun. For a brief hour or so, the sun did make an appearance, and I nabbed this one of Number 10 Pond in Calais. Happy shooting! 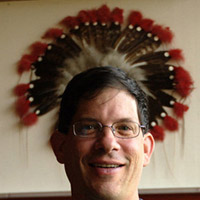 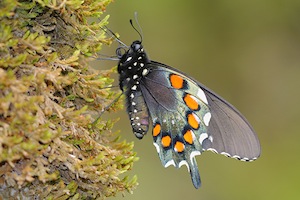 My humble opinion is there are no 'bad' days. Dull days are great, better colour. When its grey and the laddscape blends into the sky its time to think B&W ...

It's been twenty years since I left Vermont (Montpelier/East Montpelier), but I remember all those places where you took your photos. Nice work, good directions for getting out of the "clear blue sky" mentality. Thanks for the memories...

Nice photos. I really like the one with the red leaf. We up here in the Pacific Northwest are going into the fall/winter season. That means there will be plenty of opportunity for shooting where the sun doesn't shine. This is a just-in-time post. Helps get the creative juices flowing. Thanks Josh!

Thanks for reading Oliver. I haven't used ND filters extensively, but I was certainly glad to have one with me on this particular day!

Great article. True, there isnt a "bad" day for taking pictures. It's all in your frame of mind! Nice pictures!! I'll be getting another set of ND filters !