Most cameras today can be operated in a number of automatic modes, whereby the photographer selects one or more of the camera controlled variables, and the camera calculates the value for the remaining variables.  Examples include:

Aperture Priority (A):  In this mode, aperture is more important than shutter speed.  The photographer selects an appropriate ISO value, then selects the desired aperture and places the camera in the aperture preferred mode.  When the shutter is opened, the camera measures the intensity of the illumination coming through the lens and calculates a shutter speed that will provide the desired exposure.  Aperture preferred mode is often used when the desired depth of field (DOF) provided by the selected aperture is to be maintained.  It can also be used to keep the subject in sharp focus, while blurring the background for artistic effects.

Programmed Auto (P):  There are several variants of this mode.  The Nikon D800e, for example, includes a Programmed Auto Mode (P), where the photographer is willing to let the camera make the Shutter Speed and Aperture decisions under the given illumination and ISO values.

Cameras capable of this mode will usually provide a chart in the instruction manual indicating the range of values that will be used in determining exposure.  When the shutter is opened, the camera's metering system determines the illumination level, and then selects a shutter speed and aperture that will produce an acceptably exposed image.

Automatic ISO:  In this mode, the photographer selects a desired shutter speed and aperture, and is willing to let the camera select the ISO required for the desired exposure.  When the shutter is opened, the camera's metering system evaluates the reflected illumination passing through the lens and selects an appropriate ISO value that renders the desired exposure.  The mode would be used when the photographer is working in dim illumination that may be changing rapidly, while shooting moving subjects (faster shutter speed) with a desired depth of field (selected aperture).

Photographers just beginning their journey may have difficulty understanding the relationship between the four exposure variables: shutter speed, aperture, ISO, and illumination, and the various combinations and tradeoffs that can be made in producing an acceptable exposure.  To simplify, Chart One, below, provides a simple, non-numeric method for understanding the four variables and their relationships.

The chart and examples below compare Aperture with Illumination, ISO, and Shutter Speed.

Similar relationships can be explored by selecting the other exposure variables in the left column:  Illumination, ISO, and Shutter Speed.

Those interested only in this non-numeric exploration of the relationship between the four exposure variables can stop reading here.  For those interested in pursuing the numeric details, continue on to Section III, below. 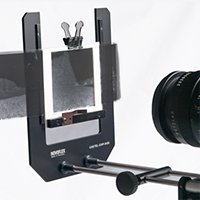 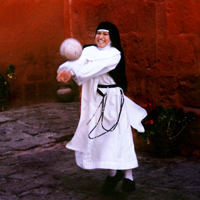 Professional advice for street photography
Login to add your comment