Boke is the Japanese term, pronounced BO-KEH in English, used to describe the out of focus quality of a lens. Noun derived from the active verb "bokasu" which means to befog, to gradate, to render opaque, to smudge or render out of focus. It is usually the out of focus portions of the picture which distinguish the "look and feel" or "signature" of different types of lenses. The ideal boke for portraiture is a soft edged rounded blur with the brighter part towards the center of the blur disk.

Boke has been taken into consideration ever since the first portrait lenses came about in Japan.
That meant 85mm, 105mm and 135mm lenses on 35mm film cameras, and 150mm to 250mm in 2 1/4 X 2 1/4 (6x6) medium format cameras which lead some pros to say that the best boke was only possible with the lenses that one could not afford.

The concept is mentioned in Japanese books of photography that came out in the early post WWII era.
Asian, European and Latin American photographers studied and used it.
My father and my uncles mentioned it often although I did not quite understand it until many years after.

North America was almost 50 years late. It was not until the later 90s that articles about it were commissioned and published by a serious photography magazine; regardless of focal length, which I find inappropriate to some large extent, more so when comparing different focal length lenses.


I generally apply it to non-environmental portraits, those I choose for selective focus when the backgrounds promise to render a pleasing out of focus area, using the widest aperture possible to have the main subject in focus. The suggested rule is critical: Focus on the closest eye. Depth of field when up close is very thin.

As lenses get better and better, some of the most unexpected ones do render very pleasant background blurs, making them frequently appropriate for close-ups of objects like in the image below.

Close-ups of birds are equally suitable subjects for this kind of photography and we have great examples in the wildlife forum of shooting with the longest Nikkor lenses wide open.

Photographer Tony Sweet uses this technique in his famous images of flowers. Other photographers are working with it now on landscapes. Something I did not even think about before.

Someone told me once that "Boke is an acquired taste, like caviar, lobster, 18 year old whiskey", etc.
I think he was right, to the extent that it is a very personal choice or preference.
But once you savor it you cannot live without it. Try it, you will love it. 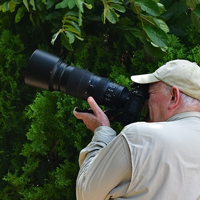 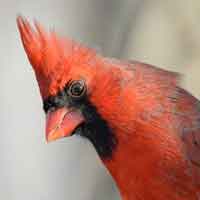 Reading this article reminded me of when I became interested in photography while stationed in Germany back in the 70's. Doing a study with a 50mm f1.4 lens and it's depth of field with chess pieces. It's interesting how "Bokeh", "Selective Focus" & Depth of Field all play together in creating a picture to direct our eye to what we want our photograph to showcase. Nice article, Thank you for reminding me about some basics...

Thanks for the article....I too did not know the origin of the term Bokeh :) dc

Lobster and 18 year old whiskey would make one helluva last meal. It is interesting to note while the popularity of "bokeh" is relatively knew in American, it has been used for decades upon decades around the world. It would also be interesting to see some "bokeh" applied to landscape photography.

Great discussion Ramon. I also like your use of your images to illustrate your points about boke.

A great read that clarifies intentional & desired depth of field.

In earler days, I was somewhat reluctant to use a lens wide open, but this article reminds me that there is no reason not to exploit the potential in modern optics.

Thank you, gentlemen. John: Selective focus is a technique used to isolate the main subject from the background. Boke refers to the background, not to the subject and it is not ideally achieved with most lenses. Obtaining good selective focus AND good boke is what makes the resulting images more distinct and occasionally superb.

Very thorough....thanks for the background information!!

Good article Ramon, very good explanation. When I was shooting film we called it "selective focus." Others have called it "subject selection through focus." The word Bokeh is a relatively newly used term for an old concept, albeit one that was not used very much in the past. I'm happy that we have the freedom to explore that artistic rendering.

There is good bokeh and bad bokeh the distinction lying solely in the eye of the beholder...

My favorite line: "...the best boke was only possible with the lenses that one could not afford."

Interesting history of boke. I had no idea it was such a recent interest in the USA. Looking forward to more from you.

Excellent article Ramon, with beautiful illustrations. One thing that I have determined is that while there are numerous software solutions to apply boke after the shot I find that they do not compare favorably to the real thing. So go out and shoot wide open, you will soon acquire the taste and appreciation for that creamy soft blur.

Thank you, until I read this article I did not the the origin of the term boke.

Thank you for the infomation about the story of boke. Egbert