Every once in a while the founders of Nikonians are asked "What are your backgrounds? Where did you come from? What was your experience before you first got started online?"

Below is some background information on our founders, Bo Stahlbrandt (bgs) and J. Ramón Palacios (jrp) 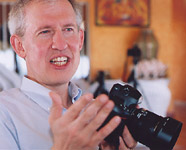 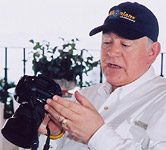 Both engineers, they make a living selling ideas first. Maybe that explains why they sold each other the idea of creating Nikonians so fast and expediently moved into effective implementation. These and other complementary skills and managerial experience were the basis for the deployment and continued growth for Nikonians. Thinkers and doers, thriving on creativity and innovation and (often) being highly focused, they both believe in empowering a "lean and mean" organizational structure. They share the principles of respect for themselves, each other and others, whether Nikonians members, team members, advertisers, sponsors and suppliers. Friendliness, honesty and idealism is for them tantamount in their ventures.

What may have started as a hobby, quickly became an ever expanding organization requiring much attention. Been very successful in their professional careers and lucky enough to have several diverse revenue streams, starting in the spring of 2006, both Bo and Ramón pledged their full time dedication to Nikonians.

They will continue to expand the very professional Nikonians Team they have assembled and of which they are so proud, and will apply all of their time and expertise to fulfill their vision of making of Nikonians: The World Wide Home for Nikon Photographers.

Born in Sweden, Bo Gustav Stahlbrandt (bgs) has spent over 30 years in IT. His career started at a young age where he worked late hours programming older Norsk Data and Digital VAX computers at the Uppsala Technical University, the city in which he also studied electronics engineering.

He has been involved in the complete development lifecycle of a wide array of projects and products, such as business applications, embedded systems, agent based trading platforms, online auctions (including the forerunner that would become eBay Germany) and management systems for distributed WAN cost-analysis to name a few.

Now living in Slovakia, he has spent over 20 years in southern Germany where he designed and deployed systems, often for the finance and logistics industry. He has held VP, CTO and CEO hats in startups and medium sized corporations since the early 90's.

Born in Mexico, J. Ramón E. Palacios (jrp) is a Chemical Engineer, with studies in Business Administration, Economics and Law. While at his MBA, Ramón had the opportunity to work on computer architecture and shared remote computing from its early beginnings.

He has designed and lead the building of management information systems for conglomerates, governments and their agencies, as a tool for improved strategic planning and tactical project management, often ending managing new startup projects and heading various industrial and financial services concerns for growth as CEO.

An independent consultant for 30 years, he also served on the Board of Directors of the major national banks in Mexico and several large corporations. 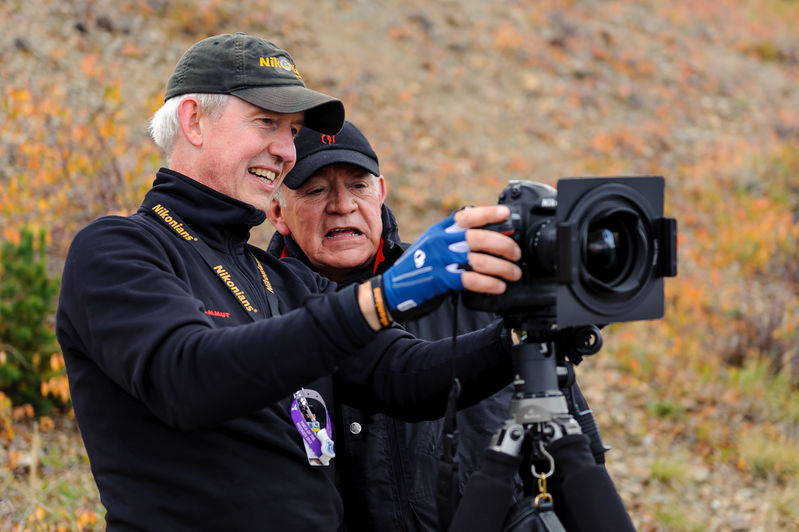 bgs & jrp on the 14th ANPAT in Colorado, "chimping" on some photographs they have just taken. Taken by henkc.

You can get in touch with the founders online, right here.